The Introverts Among Us 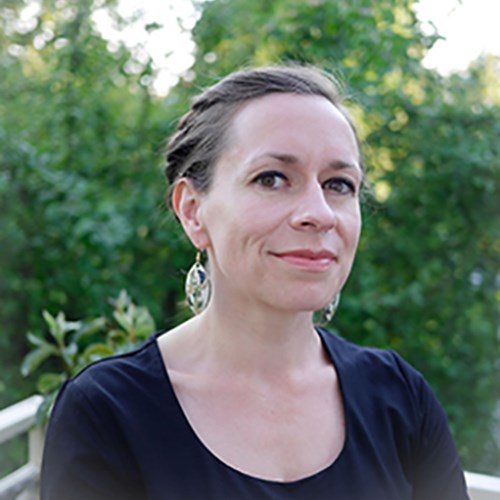 In a room full of 550 people, there’s a man on stage in a shirt emblazoned simply with the word “Friendly” explaining how to “properly” say good morning. A few folks have furrowed brows. Some of them are new here and they’re not certain this is what they signed up for.

After a careful explanation of the nuances, complete with role-playing demonstration, the man on stage signals for the audience to implement the instructions they’ve just been given. There’s a nearly imperceptible pause. Then the room fills with clatter and everyone in the audience is in motion.

A woman with ombre hair and intricate flower tattoos trellising up her arm turns to a man in a well-starched blue checkered button-up on her right and gives him a high five. A curly-haired woman sporting tortoise-shell librarian glasses in front of her turns around and they high five, then pull in for a quick hug. At this point, the ombre-haired woman turns to her left side, flashes a smile and fist bumps a tall guy in a Lotto tracksuit who giggles a bit and then promptly whirls around to the t-shirt clad guys near him and slaps alternating high and low fives.

Just behind them stands a guy with tousled hair wearing a well-worn striped sweatshirt. To this point he hasn’t chatted to anyone around him, perhaps having slipped into to the back row with the thought he could remain relatively under the radar, avoiding any uneasy social interactions. The group ahead of him turns, looking for more opportunities to practice their greeting before the keynote officially begins. One of them spots him and he’s quickly caught up in the high-fives and “super good morning” greetings with a handful of people around him. He seems simultaneously overjoyed and relieved, as though some pressure valve has just been released.

Can you tell which one of those is an introvert?

Maybe not if your definition of an introvert looks something like a reclusive wallflower rather than someone who finds their greatest energy source internally and requires plenty of quiet reflection in order to gain strength to join in a group. Being an introvert doesn’t mean you never enjoy social interactions or spend all your time holed up in a dark room.

Marti Olsen Laney started a somewhat quiet revolution with her 2002 book, The Introvert Advantage: How to Thrive in an Extrovert World, not only giving a better definition as to what exactly an introvert is and isn’t, but also doling out tips for surviving in a world she explains was designed to reward gregarious go-getters and glad-handers.

In short, Laney described the difference between introverts and extroverts as the difference between a rechargeable battery and a solar panel. Introverts can only expend so much energy on outward interactions before they need to rest and recharge alone or in a low stimulation environment. Extroverts, on the other hand, rely on exposure to others for their energy source.

For many people who’ve read the book, it released them from lifelong notions they were somehow “socially inept.” Having a name other than “shrinking violet” or “weird” to describe their preference for quietly contemplating complex problems over being the life of the party feels like a life-changing perspective shift.

Still for others who don’t feel like they fall precisely in one category or the other, it leaves a lot of questions unanswered. Namely, it doesn’t fully explore how to build a collaborative community with many different temperaments in a sustainable way where no one, regardless of where they land on the spectrum winds up getting burned out or feels out of place. That, it turns out, requires communication and deliberate ongoing effort.

I imagine many of you quickly recognised the opening scene in this article as a Level 5 Good Morning from the welcome address at our community’s keystone event. There’s a 95% chance anyone who has been to Codegarden will say something along the lines of “it’s like no other tech conference on the planet.”

For those who’ve never attended a CodeGarden, what does that even mean?

And what does that have to do with introversion?

And why are we talking about introversion in an Umbraco magazine?

You’ve got questions, we’ve got... actually, not answers, but maybe a continued conversation?

How Umbraco Community empowers introverts to power the Friendly CMS

It’s not by accident that Codegarden brings together a group of people in a profession which stereotypically counts a high number of introverts among its ranks and manages to get them all willfully, joyfully interacting and contributing ideas. Umbraco relies on the contributions from the community. As they say at HQ, “Umbraco begins with U.”

Without those contributions, it could not fairly call itself the “friendly CMS,” and it also likely would have stalled out long ago, as so many other community-reliant projects have. Yet, each year both the number of Codegarden attendees and the number of Umbraco contributors grows (something like over 200,000 folks).

So, outside of the unicorns and crazy game nights, what is the magic formula?

“There were sessions on how to cope with social anxiety so you could go into it feeling comfortable speaking to new people. A programming conference having a running club, mindfulness sessions & yoga isn’t really something you normally see or associate with programmers.”

Then there were the Open Sessions, where this year, a conversation about introversion sprung up. A number of developers shared how challenging it can be to actually make contributions to the community, representing a common introvert struggle to translate their internal world to those around them.

In this case, we’re not talking about newbie programmers needing a manual on how to get started contributing to an open source project. These were seasoned developers - some of them the most brilliant among our ranks - talking candidly about daily personal obstacles to making good work.

At how many other tech events could you address that?

This is so remarkably different in fact, people outside of the community who’ve witnessed Codegarden in person, like TinyMCE co-founder Joakim Lindkvist, comment on how introvert-friendly it is.

You could very well place the Umbraco community in a field of its own if the structure and environment at Codegarden were the only elements that were considerate of how introverts work.

What sets it apart more is the implicit rejection of many of the cultural norms pervasive in other realms of the tech universe. There is a very intentional effort to establish a shared responsibility for creating an inclusive community - think of how often things are referred to as “our” and “us.”  This effort is based on an understanding and acceptance that the Umbraco community is made up of both extroverts and introverts, and those somewhere in between.

All of that is great, but it’s not to suggest everything is always unicorns and roses for the introverts among us.  If fact, one of the interesting lessons from the Open Session discussion is that some people find the social pressures challenging even at a friendly event like CodeGarden.

There Will Always Be Obstacles

Author and introvert, Jenn Granneman tells a story in her new book, The Secret Lives of Introverts: Inside our Hidden World, about getting “adopted” by a group of extrovert friends who enabled her to participate in activities she otherwise would never have chosen to do on her own. While grateful for these social shepherds and many of the experiences, it did not change the innate way she felt in and reacted to the world around her.

You could make the assumption that Umbraco’s engine is fueled by a bunch of fun-loving extroverts at HQ and on the MVP team, then kept lubed by a motley band of introverts, quietly submitting PRs from the safety of their private flats.

The purpose of the story in the introduction was to point out how we can often take for granted that someone who appears “outgoing” in some contexts is actually an introvert.

If you’re familiar with Matt Brailsford, developer of some of most popular packages like Nested Content, only via his social media presence, you might surmise he fits squarely into the extrovert category. Truth is, he was one of several people sharing openly at CodeGarden about how useful he had found Laney’s book. Making the assumption from one context about how any of us best operates would stifle what each of our contributions to our community.

Introversion is not something most people just get over. Nor should it be. However, both in an agency setting and an open source community, one of the most important factors for success is how well your team collaborates. While it would be great if we could all share our own user manual with everyone we encountered, not all situations lend to offering that pretext.

In that light, finding a place to discuss challenges, ways to cope, and learn from one another how to best empower each other to work well together seems like a worthy investment.

Since we can’t all be together at Codegarden year-round, we wanted to create an opportunity to extend and expand the conversations that began in Odense this year. So, we invite you to join us on Thursday, 28th September for our next Hot Seat, a virtual meetup that will serve as one of many points our community comes together to openly discuss personal development with the comfort that fellow Umbracians are there to support you.

If you can’t make this event, consider what other opportunities you might create or participate in (local meetups, Umbraco Slack discussions, your own internal team discussions) to open dialogue about easing the challenges for introverts working in an industry reliant on collaboration. We feel it is important to ensure that “The Friendly CMS” continues to be more that an extrovert’s marketing slogan, but our community’s modus operandi.

Saving the future, one interface at a time