The Other Thing You Don't Have In Common With Flat-Earthers 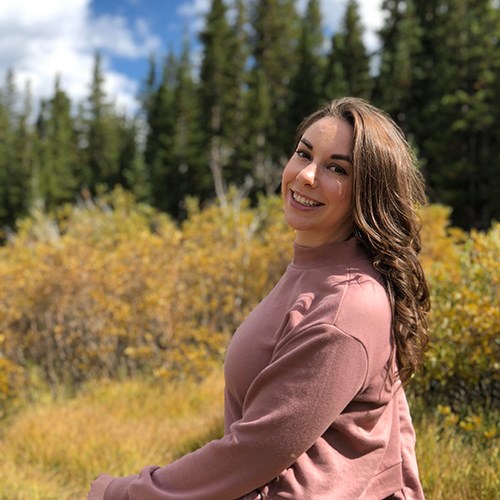 It’s a Monday night and I’m sitting on my leather sofa, looking out at the Denver city lights listening to flat-Earthers talk about the conspiracy that the earth is round and why we have all been told lies. Cut to a psychologist explaining that there is a psychological phenomenon called the Dunning–Kruger effect in which people with low cognitive ability are unable to recognize their lack of cognitive ability. In other words, the Dunning–Kruger effect is when some not-so-brilliant people think they are super brilliant and are totally unaware and unable to comprehend how not-so-brilliant they are. Sometimes you just don’t know what you don’t know. Flat-Earthers are a classic case of the Dunning–Kruger effect in which they deem themselves experts with very little scientific knowledge to support their claims and they are unable to recognize that their thoughts, beliefs, and intuition pale in comparison to the evidence that is available.

But that is not us, Umbracians. As a collective we have built a community founded on knowledge and experience. We are building amazing things with our expertise in design, development and digital marketing and technology. We are accomplished, high achieving experts. On an individual level however, some of us are struggling with doubt in our cognitive abilities, despite the evidence of all that we have learned and achieved. Despite our contributions to the Umbraco community, despite our years of amazing work in design, development, digital marketing and technology, despite all that we have learned, built, grown, we feel like frauds. Unlike flat-Earthers and the Dunning–Kruger effect, we are afflicted with a completely opposite psychological phenomenon known as impostor syndrome.

Impostor syndrome is when we doubt our expertise and accomplishments despite evidence of our competence. We attribute our success to luck and fear that we will be exposed as a total fraud. While others look to us as experts in our field we feel anxious and question ourselves. Sometimes the more we know about our work the less confident we feel. Long gone are the days of being junior, where failure felt like a chance to grow and is now the thing that keeps us up at night. We fear failure, over-prepare, and feel as though our peers are so much smarter, more skilled and more accomplished then us.

While impostor syndrome can been seen in many different industries, its particularly prevalent in the tech industry. According to a Team Blind study which surveyed thousands of tech professionals asking simply, “do you suffer from impostor syndrome?,” 58% of tech professionals said yes. Furthermore, companies that are associated with high degrees of expertise and knowledge were among those surveyed and the results were surprising. Roughly 72% of Expedia employees, 66% of Salesforce, 64% at Amazon, 59% at Facebook and even 49% of Apple employees that were surveyed all claimed that they too experienced impostor syndrome. Had I taken this survey, I too would have answered yes to having suffered from impostor syndrome.

For me it all started when I moved to Denver, Colorado. When I moved from the suburbs to the city back in 2016 I was excited for the opportunities I had to easily attend tech meetups and conferences. I networked with like-minded nerds at Develop Denver happy hours. I attended uWestFest when it was hosted in Denver in 2017. I learned about and joined slack channels with other working professionals like myself. But rather than feeling empowered or part of a community I felt the opposite. I admired what other people were building and started comparing it to my own work. I was taken aback at all the new technologies and ideas people were mastering that I had never heard of. Despite a bachelor degree in Computer Information Systems, two years working as a Software Engineer and five years working as a Web Developer I felt like an impostor. All of a sudden I’m thinking I don’t know what I am doing, my work is rubbish, nothing I have build its good enough and the earth is flat!

Ok, so I didn’t think the earth was flat but I was having a crisis of confidence and I know that I am not the only one who has felt this way. I know now that I am not the only one who has experienced impostor syndrome and that it can happened to the best of us. With time though, these feelings set like the sun reseeding into the Rocky Mountains. The access to meetups, conferences and slack channels that was the cause of all my self-doubt ended up being the very thing that brought me back to feeling like the badass women in tech that I am. I started talking to other professionals who had felt the same way and I received some important advice from them that I would like to share.

1. Stop comparing yourself to others!

This is an especially difficult one because our peers are not isolated to our coworkers but rather are expanded to a global scale. Be inspired by those around you but remember that we all walk different paths and bring something different to the table. I met a man at a meetup that had built his own Content Management System. He seemed like some sort of genius compared to me but making that comparison brought no value or meaning to my life. Self-worth is not determined by comparing yourself to others.

2. Learn the things that provide value to your company or that you are interested in, not because you think everyone else is doing it.

I made this mistake when my Denver peers were passionately talking about the latest JavaScript frameworks they had mastered at conferences and meetups and playfully taking jabs at frameworks they deemed less superior. The truth is I had not learned or used any of them and I still haven’t. I thought I had fallen so behind and was completely out of touch. I had thought it was some sort of luck that I made it this far without having mastered this new tech. But the reality is that the projects I was working on didn’t call for that particular technology and I am not personally interested in it. It doesn’t make me less of a developer for having not added it to my stack and it makes no sense to feel bad about it.

3. Talk about how you are feeling with your peers.

When you open up to your peers will come to find out that you are not alone in feeling this way and you may find support and reassurance. I had been feeling impostor syndrome for some time before I had ever heard of it. It wasn’t until I started to open up about how I was feeling that I came to find out others had felt it too. They gave me some great advice for combating my feelings of doubt. I also opened up to my boss and he very quickly gave me so many compliments about my work over the years that was very helpful in boosting my confidence and it helped to reassure me that is was by no mistake that I had the title of Senior Web Developer.

4. Reflect on your accomplishments and take pride in all that you have achieved.

In life sometimes we get hung up on negativity that is counterproductive to success. Instead we should strive for optimism and a positive attitude. Take a step back to see the big picture of your career to date and focus on all of the successes you have had. Write out a list of all of the work you are proud of and the skills that make you valuable to your team. For me it was helpful to think about where I was when I first started and where I am now and to think of how proud I was with the quality of the websites I had build over the years. I thought about when I successfully helped our clients reach their goals, the praise I had received for a job well done and the personal satisfaction I felt with what I had built. Accept that you are responsible for your success and you got to where you are because of your own hard work. Your past achievements are proof of your success, hard work and intelligence.

5. Adopt a growth mindset that focuses on your ability learn and grow rather than on what you already know (or don’t know).

Avoid the idea that you have to already know all there is to know to be successful and that you have to be an expert in everything. In addition, don’t let the fear of failure stop you from trying. Even failure is an opportunity to learn and grow. A common side effect of Impostor Syndrome, especially among high achieving individuals, is the idea that trying and failing is unacceptable. When I first started my career most things were new to me and every new challenge was a chance to learn and grow. Somewhere along the way I got really good at those things and the technologies that were new to me came less often. So when something new came along, as it undoubtedly would in this field, I had some fears to even try at all. I wanted to overestimate how long it would take to complete the project just to give some added assurance that I wouldn’t fail. I sometimes would over-prepare for meetings so that I had the answers for every question that might come my way. However, if we let ourselves get paralyzed by the fear of failure we deny ourselves the chance to grow.

I started to do agency-wide talks at Marriner Marketing to share my digital expertise with my coworkers and I did training sessions with my team to share my knowledge and grow our teams skill set as a whole. It made me realize I had something to offer that was unique and valuable. You might not be an expert in everything or have the same skills as your peers, and that’s maybe a good thing. When you mentor others on your expertise and skill set you will realize how much knowledge you really do have and that can help you overcome the idea that you are an impostor.

If you find yourself feeling like a total fraud, just remember that you are not alone in feeling this way. Remind yourself of all of your hard work and accomplishments that got you to where you are and reflect on your own success rather than comparing yourself to others. Adopt a growth mindset and share your skills and passions with others. Remind yourself that you are not like the flat-Earthers afflicted with the Dunning–Kruger effect in that you are knowledgeable and you do know what you are talking about. And as beautifully said in the movie The Help, "You is smart, you is kind, you is important."

Putting Your Clients In The Firing Line