The Umbraco Effect — Finding Inspiration and Thinking Beyond the Conventional 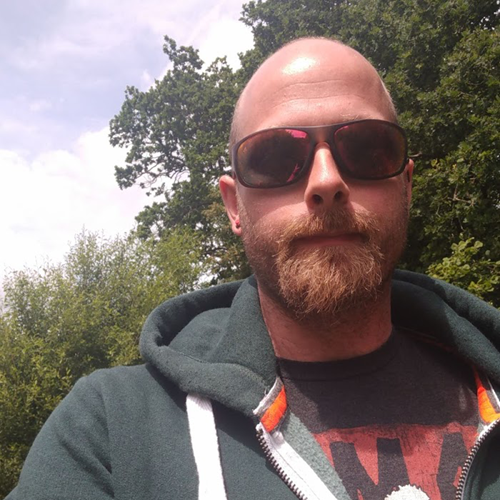 What is the Umbraco effect?

Well it's a tough question to answer and I'm sure everyone will have their own explanation. Like the wind and like gravity, the Umbraco effect isn't necessarily something you can see, but you can see how it influences you and the world around you. This article discusses how I’ve come to perceive the Umbraco Effect, how I’ve related to it and been inspired by it, and hopefully it will give you some ideas on how you could find similar inspiration in your own situation.

Let's step back a minute, in order to explain how I comprehend the Umbraco effect I need to introduce you to Parkour. I first experienced Parkour about 6 years ago now, well before I had even heard of Umbraco, or knew what it was. For those who don't know, parkour (also known as free running) is a sport that is based around movement. To some, Parkour is considered the first true sport. It requires no manufactured equipment and you don’t have to be an athlete to give it a go, all it takes is opening your mind to something new, and to look beyond the obvious. In a lot of ways it can be seen like gymnastics, except there aren't any strict rules. There's some structure and common actions that exist between the two but essentially parkour is about fluidity, movement, and trying something different. Parkour has gotten bigger and bigger over the past 10 years. It features heavily in the film and stunt industry allowing for all those fluid motion scenes where actors are seen climbing buildings, jumping across rooftops, fleeing police and so much more. Beyond the film scene it has grown in communities, but what I find important about this is that these communities try to be as inclusive as possible. At the start of 2017, the BBC posted an article about how free running can help the health of the elderly and further back still in 2014, a facility in the United States discussed how they are helping the physically disabled embrace Parkour.

I bring parkour up because although most people see it being about large roof jumps, back flips, front flips, and fitness, in reality it is about opening your eyes and seeing more than what is just in front of you. It is about understanding that just because you are told one thing, it doesn’t mean other things don’t also apply. It is also about being a part of something bigger, being part of a community. When I was actively learning parkour, one my instructors Josh, produced a video called "The Chosen Few". This video, which I highly recommend watching, opened my eyes to how parkour was a way of life, a way of seeing beyond the obvious. Of questioning convention. It was inspiring and even now, when I'm walking down a street I find my mind wandering, considering new ways to move.

Now, a short bit about my developer history, I’m sure a lot of you will be familiar with what I’m about to say but, before I started developing with Umbraco, I was more of a general software developer than a web developer. I used online communities such as Stack Overflow and CodeProject. I asked questions, I got the snarky, unnecessarily rude responses. I googled heavily and tested all sorts of theories before posting these questions, yet I still fought against down votes and rep-hounds (you know those people who make a minor edit to your question just for points). It was actually a pretty frustrating state of affairs and still to this day I'm put off asking for help on those forums. The worst part about it is that sort of environment can be highly detrimental to even an established developer but for newbies just getting started it is devastating. 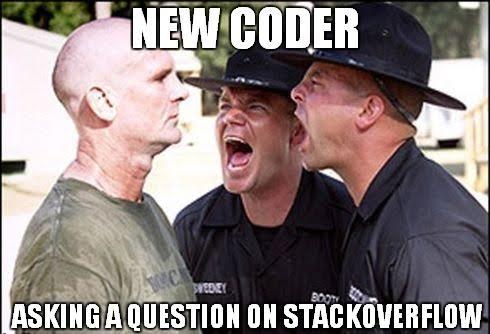 Three years ago that all changed, I moved to a new role, got introduced to Umbraco and it felt like the veil was lifted, so to say. Joining the Umbraco community and learning how to develop with it, reignited my interest in development. It became more than just a job once again. Using Umbraco has opened my eyes to how things can be if people just work together, if constructive feedback is given, helpful answers (even when you are frustrated) are so much better than LMGTFY links and snarky snide comments.

For me, Umbraco is a lot like Parkour in that it is more than just what you see. Umbraco comprises of, as we know, the CMS, the HQ, and most importantly the Community. Each of those parts is great in it's own way.

The CMS is an amazing tool that is targeting both developers and content editors with equal passion. It opens doors for expansion and growth with the central aim of keeping things simple.

The HQ on the other hand is a professional, passionate group of people who care deeply about making life simpler for everyone. They provide exceptional services to help support their open source CMS. Over the last few years I've seen the corporate change influence their growth and help them show how sustainable their business is, and at the same time they haven't compromised on their values and mission. In fact it feels like it has been strengthened as a result.

The final part is the wonderful community that is growing every day. The community, as a whole, is a friendly welcoming group of people, yes we aren’t all developers, and that is so crucial, who are willing to help and often go above and beyond to do so. I believe that this is because the community shares the same values as the HQ. Unlike other developer communities friendliness is encouraged and rudeness is actively discouraged. That's not to say people aren't critical, they are, its part of human nature, the difference is it is generally meant in a helpful constructive manner.

The thing is, when you combine all of these elements you get something so much more. This new whole is an inspiring, creative, limit pushing entity that can change how you view the world. It can allow you to see that there are many ways to achieve the same goal, there are ways you might not even have considered but rather than telling you that what you are doing is wrong, you are encouraged to broaden your view. 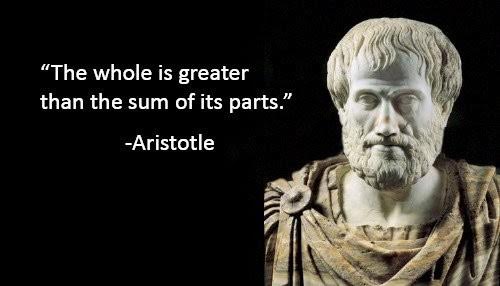 I've come to consider this whole as the ‘Umbraco Effect’. 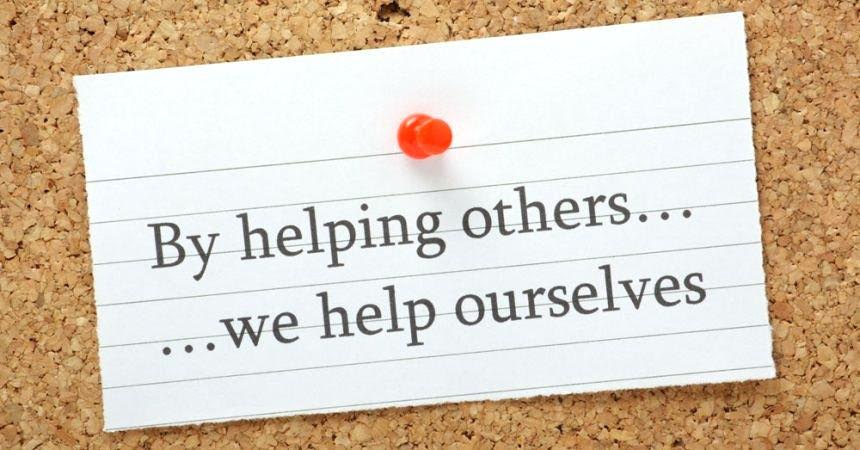 The ‘Umbraco effect’, in my experience, is most prevalent at the Umbraco festivals, we don’t call them conferences for a reason. I've only been to the UK festival and Umbraco's flag ship festival CodeGarden but the second you walk through the doors the atmosphere is electric. Discussions with others at these festivals spark new ideas, new thoughts and more importantly new ways of looking at everything.

These discussion often aren't even programming related, they are social, life skills. They can be about growth, mentoring, running, and even self expression. Kris Deminick’s This Electrified Life, is a prime example of this sort of thinking, of stepping away from convention. She promotes new thinking, and play. Something that a lot of adults seem to shy away from, play and expression is an important technique for broadening your horizons and finding that inspiration.

The ‘Umbraco effect’, to me, results in a change in mindset that means keeping friendly at the forefront of your mind and using it to inspire simple, positive ideas. It, like Parkour, results in an opening of your eyes and your mind to see more than just what the conventional rules of society dictate. 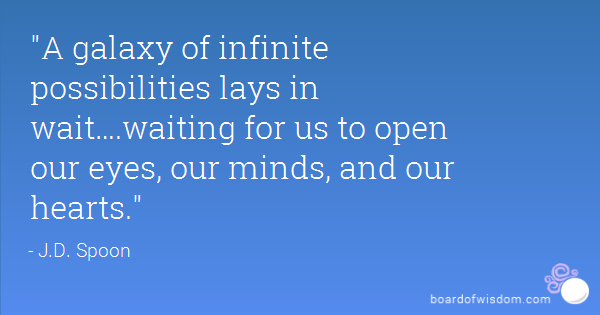 I don’t believe that these ‘effects’ are limited to Parkour and Umbraco, I believe that they can be found anywhere you just have to nurture them, encourage them, and break any established ‘norms’ that go against them.

So, I ask you, is there something you've come across in your life that has had this effect for you? Have you found a community, an ecosystem, a new window to look through (please don’t actually go looking through actual random windows, that could get you in trouble)? If the answer is no, don't give up! Keep trying new things, push your comfort zone just a little and look out for that spark. Life is too short to feel demoralised, trapped, and constrained. The world is a big place and we are all different. If the answer is yes, help others to find theirs. Encourage others to try things you like, let them make their own way but help them push themselves.

If you are looking for something to try, you don’t often have to look far. Local meet-ups are a great starting place for inspiration. You can go to things like film clubs, game nights, tech talks. All of these things generally have a way of leaving you inspired and looking at things differently. If you are an activities sort of person, you could try Groupon or similar offer sites, in fact that was how I came across Parkour and Climbing. Places that run these sorts of activities, in my experience, often have taster session / discounted introduction runs available on places like Groupon. Grab an offer on something you’ve never tried before but you think could interest you and give it ago.

It only takes something small to change things, it can be talking to someone new, engaging in a community in a different way, or just simply taking some time out away from your normal. The world we live in is an inspirational place when you remember to look up and around. Let’s help ourselves, and each other, embrace this.

One final thought, and I can’t claim this is my own, in fact I was reminded of it by @kevingiszewski on twitter, but if we can stay friendly and share our knowledge our immediate world will be a better place for it.