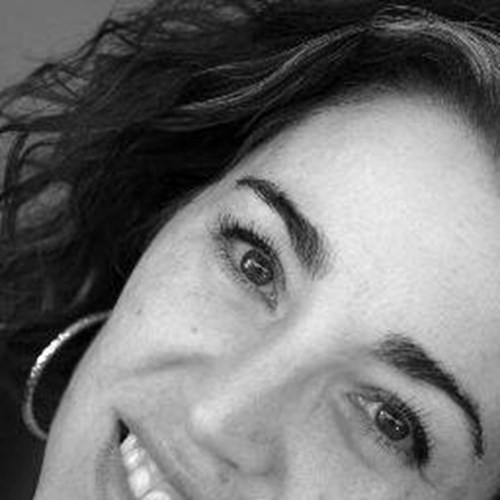 As a female programmer with daughters of my own, I often think about the obstacles I’ve had to overcome to be successful, confident and happy in my chosen career – and how I can help pave the way for the next generation of women in tech.

I live in a relatively small town where the schools are trying very hard to stay current with today’s technology. Some of the secondary schools are just now beginning to offer computer science courses. Several of our high schools have robotics programs, and one of them even made it to the FIRST world championships last year.

The percentage of women entering our field is actually decreasing instead of increasing. What’s going on, and what should we do about it?

A few years ago, I began volunteering in these robotics programs and it was immediately obvious that these students were greatly benefiting from their involvement. They were developing leadership and communication skills, but they were also learning real-world skills, like programming (How do I tell this robot to “look” for a green lit-up button, move toward it, and push the button? The code won’t compile, now what do I do?), engineering (How should I change the robot’s build so that it can lift its own body weight with this small arm?), and math (If 30 rotations of the motor in the low gear moves 12 cm, and I want to program my robot to move forward 3 meters, how many rotations should I set?). These kids were even being scouted by college recruiters, which is a great opportunity for any high school student.

But there were few or no girls to be seen. One of the high schools didn’t have a single girl in its robotics program. Another had only 2 girls out of about 40 students.

Where are the girls?

You’ve probably seen this for yourself, so I don’t think I’ll shock you when I say that there aren’t very many women in computer science. But this fact might surprise you: the percentage of women entering our field is actually decreasing instead of increasing [1]. What’s going on, and what should we do about it?

We need to encourage and inspire girls when they’re in middle school.

Clearly we need to make some big changes when our daughters are still young, because something is going awry between elementary school and high school. In the United States, 74% of girls express interest in Science, Technology, Engineering, and Math (STEM) in middle school [2], but by high school, only 0.3% girls plan to major in Computer Science [3]

Let me repeat that for emphasis. American middle school girls are almost all interested in STEM, but when they get to high school less than 1% of them are interested in CS as a major. That is a gigantic discrepancy.

The problem with these kinds of statistics is that they uncover a problem, but they don’t explain it. Why aren’t more girls following STEM paths and careers? Is it because they aren’t interested and engaged by the curriculum? Do they feel intimidated by their male peers? Did they not have any female role models in their area of interest? Do they need more encouragement? Maybe they simply need more exposure? [See this study for some ideas]

American middle school girls are almost all interested in STEM, but when they get to high school less than 1% of them are interested in CS as a major.

The only way we can begin to answer these questions is by putting some potential answers to the test.

In 2015, we piloted a robotics club that was created just for middle school girls. Our intention was to address as many potential “blocking” variables for these girls as possible by working to build their confidence and knowledge, encouraging them to pursue the areas that most interest them, making it fun, and surrounding them with great female role models.

In our first year, we expected to have 5 girls sign up for the pilot club, but we had 60 girls – 1/5 of all the girls in the school.

In our first year, we expected to have 5 girls sign up for the pilot club, but we had 60 girls – 1/5 of all the girls in the school. Even more joined after the club started! It wasn’t just a success; it was a roaring success.

Based on the students’ ages and levels of experience, our goal wasn’t to thoroughly teach any one topic. Instead, we were trying to provide an overview of concepts that would allow them to discover their own areas of interest within the area of robotics and STEM.

Girls learned basic engineering concepts through a series of challenges, such as moving a ball through pipe as far as possible, without stopping or touching the ball.

Girls experimented with sensors and motors when they used LEGO© Mindstorms robots. They also created their own basic programs, then compiled and downloaded them to their robot controllers.

Throughout all 10 club meetings, students were supported by between 8 and 15 volunteers or mentors. The ages and tech proficiency levels of our volunteers varied. We had high school volunteers, university Computer Science majors, and community professionals mentoring the students. But the most important fact, in my opinion, is that all of the volunteers and mentors were female. I think that what all young people need is to “see themselves” in successful role models, and all the better if they come in a range of ages.

For the last month of club, students combined all the things they learned into creating final projects of their choice. There was a final event where girls invited their families and friends to come and see their own project and the projects the other girls had created. We were also very lucky to have two inspiring local women speak to the audience about their own experiences as a NASA astronaut and a driver of the Mars Rover – which turned out to be similar in many ways to the robots these girls had created!

In all ways, I consider our pilot year to be an overwhelming success. The volunteers were enthusiastic. I was inspired. And not only did we have far more students in the club than we expected to have, but the numbers of girls that entered robotics class at our high school the following year more than doubled. I count that as one of our successes, as well.

One of the main things I’ve learned from this experience is that we don’t have fewer women in technology because they don’t like it, or because they are not interested, or because they are not as good at it as boys are. They are interested and willing to learn, they just need someone to understand and help remove the obstacles in their path. I believe that by encouraging more school-aged girls to enter STEM programs, they will make their own changes to the college programs and to the workplaces once they get there. I believe our job is to help these girls reach critical mass where there are as many girls as boys in the secondary school STEM programs. If we encourage, support and teach them, they will have the tools they need to take care of the rest.