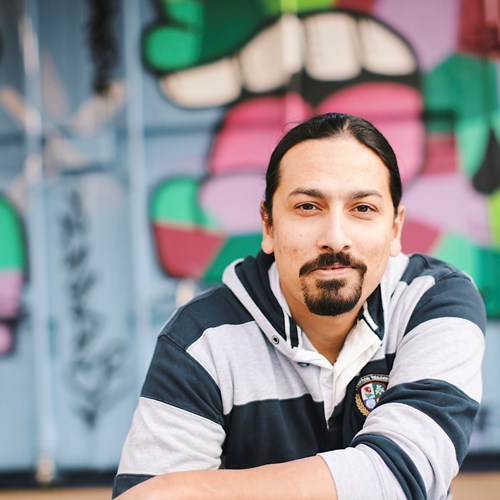 Previously I covered the basic concepts of Docker. If you followed the examples through you would have created a database container, and a website container running Umbraco 9, and run them together in the same Docker network. I didn't cover networking, or another concept — Dockerfiles — in a lot of detail as I wanted the first part to have a low barrier to entry.

In this second part we will cover these concepts in a bit more detail, and cover a couple of other concepts including:

It's expected that if you have followed the first part of this tutorial, you have already installed Docker, and have created a database container, and a website container running Umbraco 9. This article will build on the code used from article 1, so if you haven't completed that first part, you should go back to Article 1.

This article uses version 9 of Umbraco, which does not currently support SQLite, but this is a feature of Umbraco 10, which will be released during Codegarden 2022. I will update this Github repo to use Umbraco 10 when it is released.

It's all about storage

Containers have a problem - they can be sometimes ephemeral, and if they get deleted for any reason their file contents are gone. You don't want to think of them as analogue to a physical or a virtual server. If you were to delete a container instance and recreate it, you lose all data which has changed from the original container image — it's not persisted, and that's by design.

This may not be a problem when you are hosting a static website where all code and images are built into the image, but if you were hosting a database server in the container, that's less useful — any databases which were created after the container was created will be lost.

There are several options for managing storage in containers, and these are through Mounts, and there are 3 main types: 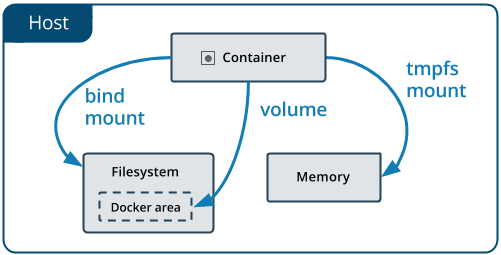 I will focus on Volumes, as they are the most common option, and the recommended way to access storage outside the container instance, and used in the vast majority of cases.

If you delete a container with a volume, any data which is stored in that volume will persist even when it is deleted, but any data stored in the container is lost. Additionally if multiple containers use the same volume, they will share that data. This has the added benefit of making it easier to share data between containers, and to persist data between restarts.

Volumes can be created in several ways, but for simplicity I will focus on 2 methods.

In the first part of this series we ran the Umbraco website container using this command:

This created a volume for the Umbraco logs directory and the media folder — both would persist between restarts.

In the previous part I covered a little about docker networks, and I'll add a little to it in this part — but there's a lot more to networking and it's a huge topic, so I'm only going to cover enough to be dangerous 😊.

The default network in docker is "bridge" networking, which is automatically assigned to containers unless specified. All containers in this network appear on the host IP address, but that also means that if you have multiple website containers, you can't use the same external port for all of them — you will need to map a different port per container.

The standard bridge network also doesn't let the containers communicate with each other using DNS, only by their internal IP address, and that's not something that's available to you at design time, only run time. If you wanted to keep using the bridge network, you will need to query the container IP address at runtime and use that to address it. Every container can see every other container in this network, but that usually isn't a problem. The IP address assigned will also change on all container restarts, so you can't rely on it being the same every time.

The main difference with this sort is that you can specify a name for this network, but also that containers can access each other using their container name. This is great when you are creating a connectionstring for a website to access a database for example — so even though the IP address isn't going to be static, it doesn't matter. You access the container you need by its name.

There are other networking types available, but those are less common, and are more advanced, so I'm not going to cover them here — if you want to find out more there are reference links in the footer.

In the previous article we created 2 docker containers, each with their own Dockerfiles. These Dockerfiles have one purpose — to define the image that the container will use. It starts with defining what the base image will be, and then it defines the commands that will be run when the container is started. The advice I've always been given is to use many small steps in the Dockerfile, and to use a consistent image for containers. The aim is always to keep the container image size as small as possible to keep resource use down and set you up for scalability from day 1.

Additional to defining the starting container size you can really do everything you can in the command-line in a Docker File including and not restricted to:

With a docker file we can create a Docker image, which can be saved locally, or pushed to a private or public repository, and re-used by other applications.

You can browse the contents of both DockerFiles to get a breakdown of what each is doing.

Once each container has a Dockerfile, the next and final piece of this walkthrough is the Docker Compose file, which will be the first new file we have created, as so far we've only gone through explainers of what we did in the previous article. Now we're going to create a docker file which will link the two containers together and allow us to start them up and stop them together.

First copy the docker-compose.yml file from the Files folder into the root. Opening this file you can see it's broken into 3 sections.

This defines the containers we want to make up our application. Each service defines the associated docker file it will use, the ports it needs to expose, the volumes it will need, the network it will be part of and any specific environmental variables.

The ability to set environmental variables is important since it allows us to also use config transformations to define a connectionstring for the "Production" environment vs the staging or local dev environment.

Each service refers to the volumes it uses, but these need to be defined in the Volumes section of the docker-compose file. You can define the name, the location and type of the volume in this section.

In this docker compose, there are 2 websites running attached to the same database server, and due to their shared volumes they will also share the media and logs folder, so any media added to one site will be available to the other site server.

As with volumes, each service uses a specific network, and these networks need to relate to the networks section of the file.

When you're ready to start up the application there are 2 steps we need to take.

First copy the docker-compose.yml file has been copied to the root of the application.

The next thing we need is to create a configuration file for the production environment, which will be what we will be running — copy the existing appsettings.Staging.json to a new file called appsettings.Production.json.

The contents of this file will be the same as the staging file, it's just there to illustrate the ability to change settings with environmental variables.

Once that's done, run the following command it will start things up.

That's the extent of the user interaction in this part. That's it — this will start your entire application in disconnected mode, which means it'll continue to run after you close the terminal.

If you look at Docker desktop, you should see your application listed, but it will appear differently to how it might have previously, since it is now being created through docker compose, so all the containers are grouped together. 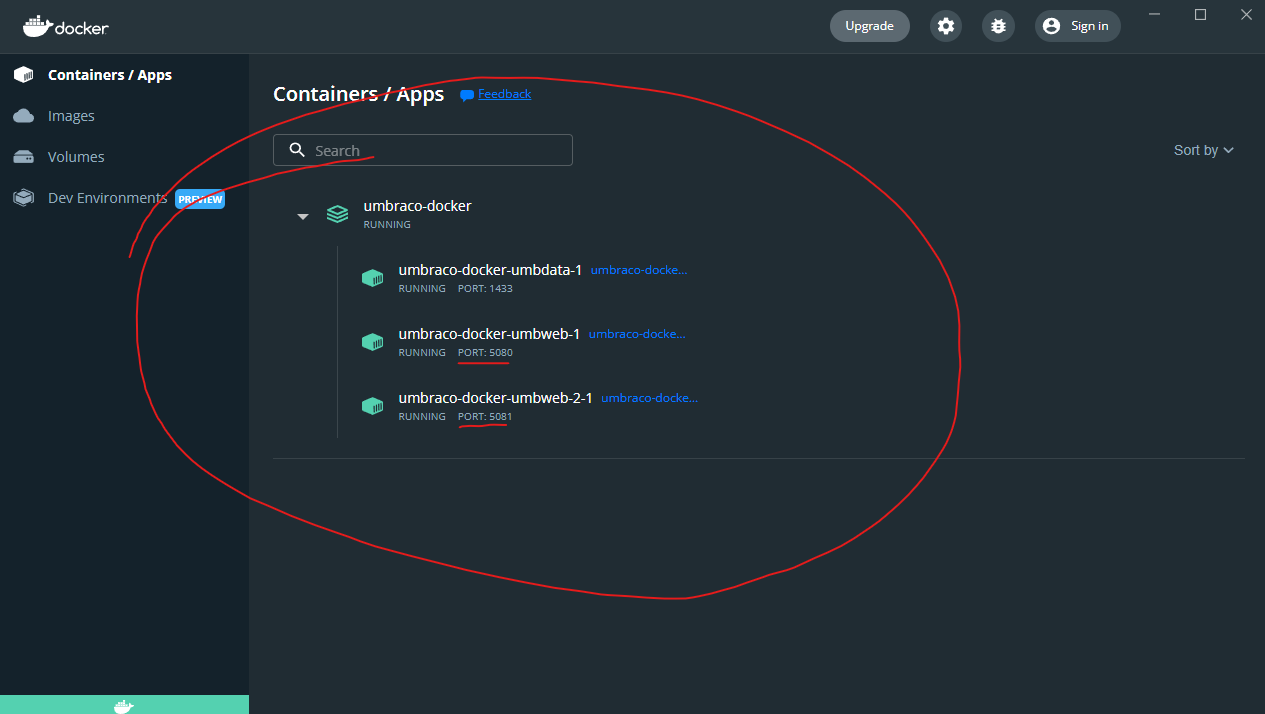 You'll be able to access your website at http://localhost:5080 and the 2nd site at http://localhost:5080. This is a typical arrangement where you might want to load-balance your Umbraco content delivery websites, or have a separate editing and publishing environment — the details of how to load balance is beyond the scope of this, but there are some great courses available from Umbraco if you want further info.

Hopefully you've enjoyed this experience, and have learned a little about how Docker, and docker compose can be used to host and test applications!

If you ever need to stop the application and take it offline, run the following:

If you wish to wipe the slate clean, you can remove all your containers, images and volumes by running the following.

Note: This will remove all unused images and volumes. If you have images from other applications you want to keep, don't run this.

Tell Me All Your Secrets